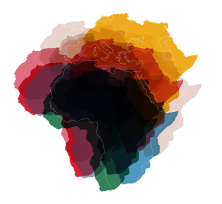 These past few months have been extremely opening for me. I already knew how important it is to verify the credibility of a news source and how journalists/reporters hold great power in their words, but my focus remained on news in the US. Throughout the past 2 semesters I have gained a better understanding on how news coverage for other countries can impact the perception of billions of people.

Komla Dumor’s TED talk was enlightening to say the least. I appreciated his sense of humor when talking about something as serious as the grossly ignorant narrative of how poor Africa is that is constantly fueled by the media. We often see Africa as a struggling continent where all its citizens are living in war, poverty, and government abuse. We do not usually see how advanced many African countries are, or how wealthy Africa is and has always been. Even the audience, filled with Nigerians and other African nationalities had no clue they were looking at photos of Rwanda when they saw the yacht and beach-side restaurant. All because the entire world has been fed constant negative images of what Africa can look like. This is not just an issue for Africa, but for many other areas that are unserved in the journalism world. We have ourselves and the media to blame.

Photo Courtesy of The Guardian

A single story has the potential to damage the image of a group of people or an area
that can last generations. Just like Chimamanda Ngozi Adichie said in her TED talk “when you show people as one thing and only that one thing, over and over again that is what they become”. Adichie is right. People are creatures of habit. It is an instinct for us to synonymize things based on our experiences. That is why we all know how an orange smells or what a tree looks like, because those experiences have been reinforced over and over again. Just like how Africa is reported on, mostly by non-African entities that have little to no real knowledge of how vastly diverse Africa can be. If more people took it upon themselves to utilize all of their resources, instead of relying on the same types of news sources then maybe the world would be less ignorant and more compassionate. Balance is key, as Dumor pointed out in his TED talk. There are instances of poverty and violence that plagues some parts of Africa, but there are even more instances of beauty and abundance in Africa. The same can be said for areas all over the world, especially the US. We are often looked at as the land of opportunity because of centuries of misrepresentation of how life in the US actually is. Do not get me wrong, there are certain luxuries we are afforded by living in the US, but people of color do not operate on the same playing field as our white counterparts. The image of the US is not balanced. I would say just in the last five or six decades has the world gotten a real look at the negative aspects of living in the US as a POC.

Dumor points out that news organizations usually send some famous reporters to cover stories in countries they know nothing about, instead of using local reporters who are experts of the area they report on. When I think of this method of reporting I wonder, if finding locals to interview for a story that is happening in their communities is so important, why do we not place that same energy on the actual reporter? As Dumor discussed, using experts for reporting stories will only give a more well-rounded story because they have the knowledge and experience. Now I am not saying that all of our trust needs to be put in an expert’s opinion, but it would certainly be helpful in building trust between a news organization and its audience.

Now that we have learned that we cannot just rely on news organizations to deliver the truth, it is up to each individual to want to seek the truth. We have to want to ask questions and find the answers ourselves. Before this group assignment, I myself have not utilized all of my resources to seek the truth but knowing what I know now, I can say I am better prepared as a student, a journalist, and a person. I now have a catalog of international news organizations that I can use as a resource for world news.